"EnTerr" wrote:
[Its dependence to particular version of Eclipse

What dependence is that? I've run the Eclipse plugin in multiple versions of Eclipse from Juno to Mars. Personally, I find the Eclipse plugin works brilliantly for my needs, but I don't use its packaging tools (I have my own makefiles for that).
My Channels: http://roku.permanence.com - Twitter: @TheEndlessDev
Instant Watch Browser (NetflixIWB), Aquarium Screensaver (AQUARIUM), Clever Clocks Screensaver (CLEVERCLOCKS), iTunes Podcasts (ITPC), My Channels (MYCHANNELS)
0 Kudos
Reply

I should also add my vote for native command history support in the debug console. I can use the Eclipse plugin's command history for 8085, but that doesn't help with the SceneGraph ports, which I'm having to interact with more and more as of late...
My Channels: http://roku.permanence.com - Twitter: @TheEndlessDev
Instant Watch Browser (NetflixIWB), Aquarium Screensaver (AQUARIUM), Clever Clocks Screensaver (CLEVERCLOCKS), iTunes Podcasts (ITPC), My Channels (MYCHANNELS)
0 Kudos
Reply

I've never particularly liked IDEs for one reason or another and I've never felt like one was necessary for Roku development (hence I've never even considered installing Eclipse). Although I have to admit some of NML's comments make it sound intriguing, as soon as I see the word "Java", count me out (is Eclipse Java-based?).

I've gotten by without a command history with copy and paste (what a pain), but it's certainly the one item I'd like to see the console support. belltown, if you come up with a Windows console app with the features you propose, I think you'd be my hero.

Hm, it's hard to believe there isn't already a Windows telnet client with command history. Have you checked putty or dtelnet or some of the other telnet programs?

I use PuTTY and, unless I'm missing something, there's no history. I've never searched for another, but it seems like a good idea.

On PuTTY, I can't even get the left and right arrow keys to work. If you press the left-arrow key, for example, it echoes back: ^[[D.

On dtelnet, when you enter a command at the BrightScript prompt, e.g. "help", it sends: "BrightScript Debugger> help" to the Roku.
https://github.com/belltown/
0 Kudos
Reply

I doubt there is a "Windows telnet client with command history". I've looked and could not find one. puTTY is bee's knees and if it does not have it, then nobody does. Another one plainly says 'ConEmu is not a shell, so it does not provide “shell features” like tab-completion, command history and others.'

But neither do telnet clients for for OSX/*nix have a history support. I imagine that's because most everywhere it's done server-side already - e.g. i remember Cisco (and alike) CLI do.

You are lucky to have that rlwrap wrapper. Our of curiosity, doesn't it cause issues with "hot keys" like ctrl-C and ctrl-S? Like having to hit Enter after ctrl-C to interrupt.
0 Kudos
Reply

"RokuJoel" wrote:
... The Eclipse plugin, if you can get it working, is a major improvement in many ways though:

Right, "if you can get it working"

. Its dependence to particular version of Eclipse and general fragility have dissuaded me from touching it with a 10-foot pole. It's a systemic problem - complex systems break in complex ways - and i don't want to spend most of my time chasing peripheral problems (like crummy IDE module dependencies) from becoming central (breaking development).

Sums up my experiences too.

Attempt #4, and I hadn't even got to the part where you install the BrightScript plugin: 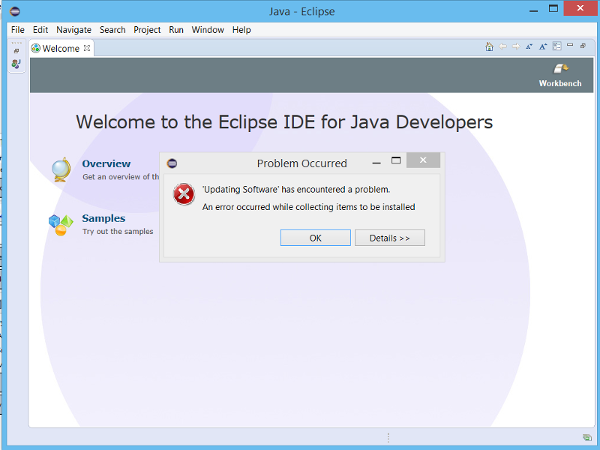 I've been using it with CMD.EXE, PowerShell, and MinGW without issues. It's Windows-only unless someone wants to port it to a Mac.

Unfortunately, because of the way the Windows Console works, and the fact that Python's readline implementation is blocking with no provisions for being interrupted, I had to use two independent console Windows, one for debugger commands, and one for debugger output, otherwise you wouldn't be able to display debugger output until the user pressed the enter key. Still, the 2nd window is created automatically, and you can move and resize both windows to make it easier to enter debugger commands in the small window, and view the output in the large window.

Hopefully, some of you may find it useful. If anything, it gave me an excuse to start learning Python. I may look into developing a better GUI implementation later that can handle multiple tabs with a debug session in each tab.
https://github.com/belltown/
0 Kudos
Reply

You can get roky.py from https://github.com/belltown/roky There's documentation at http://belltown-roku.appspot.com/roky.html and on GitHub.
...
Hopefully, some of you may find it useful. If anything, it gave me an excuse to start learning Python. I may look into developing a better GUI implementation later that can handle multiple tabs with a debug session in each tab.

Just started learning Python, you say? Wow.
I had a glance - great "penmanship"! Well documented. Just one note, you can get short names like so:
Haven't tried it, lazy to fire up windows machine. Should remember looking at this for example use of Win32.

GUI you say? If you are good at that, why don't you go work for RokuCo and write them a proper IDE? They have been posting for years job listings for someone to write said IDE...
0 Kudos
Reply
Trending Discussions
Special Interest Category Deleted from Channel Store
Mass Update Confusion
Extreme HLS stream bandwidth consumption from Roku devices