Greetings, Today I present you my findings with my Roku Express 3700x and the first modifications I did to increase the signal by adding in a slightly better antenna than what is on the board.  This isn't for the average Roku Express user; and like many electronics, there may be different board revisions so things might be in different locations or even removed.  This does require some small soldering and a very steady hand(or a hot air SMD rework station).  Just as a disclaimer, because of the nature of this mod, if you don't know what you're doing, it's very easy to mess up and break things.  If you attempt this and kill your Roku, I'm not to blame.

Below is a picture of the part of the board I focused on for this mod.  In this picture I have pointed out a few things and I'll go over them. 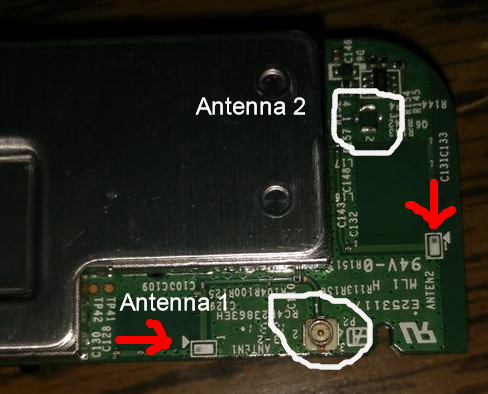 Lets start with the red arrows.  Those are pointing to the actual Antenna's on the board, They're effective, to a certain point.  They were  probably used due to low cost and simplicity in manufacturing. I believe that they could be removed and you could possible solder directly to those solder points if the pads in the circles aren't available, but that's another story for another time.  Now to focus on what I actually used.  If you look in the circle by Antenna 2 you will see 4 solder points, they are numbered 1, 2, 3, and 4(a bit difficult to see because of where I drew the circle and the picture is kinda dark).  The only important points you really need to worry about is point 1(the center wire for the antenna pigtail) and either 2 or 4(the ground or shielding wire around the center wire of the antenna pigtail).  Pin 3 is the same as pins 2 and 4, but it's much smaller and I wouldn't recommend to use it for the shielding.  I was able to salvage a Hirose U.FL connector from the wireless card of a broken Nintendo 2DS that I had laying around.  I used a hot air SMD rework station to remove the socket from the 2DS wireless card and was able to attach it to the Roku Express 3700x board using the same method.  One thing to note is that the socket I used is a little too large for the board itself, but I was able to get the center pin and one of the ground points soldered down and that's really all that matters.  After it was soldered in, I used a multimeter to test for continuity between the Antenna end of the wire(also salvaged from the same 2DS) and the traces on the board that lead away from the socket.  Once I confirmed that, I put it all back in to the case.

In the picture below you can see the connector and the wire going from the bottom of the board up to the top through the small slot in the board(which I can only assume was the original design idea because the slot in the board is the perfect size for the antenna wire), with the antenna board on top of the original board.  Just to be safe, I put some electrical tape on the bottom of the board to ensure that it doesn't short out, even though there's nothing metal on the bottom side of the antenna board, better safe than sorry. 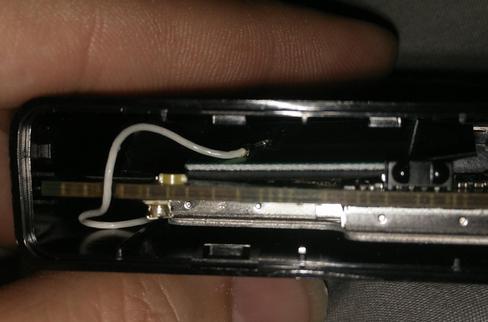 After all this and put the front plastic back on, I did experience a slight gain the signal strength, which was expected due to how small the antenna I used was.  I plan on eventually redoing this mod and making an external connection to screw on a larger high gain antenna, similar to most higher end routers on the market today.

I'd like to do something like this with my new 2019 roku express, as the wifi connection seems very unreliable despite it claiming Excellent connection quality. All my channels are randomly claiming theres no internet for short periods of time. Most streams stutter a couple times when starting and often fall back to lower resolution to stabilize.

I was just wondering what would happen if I simply attached an antenna to the jack shown in your picture that is unused. If nothing, I do have soldering experience. 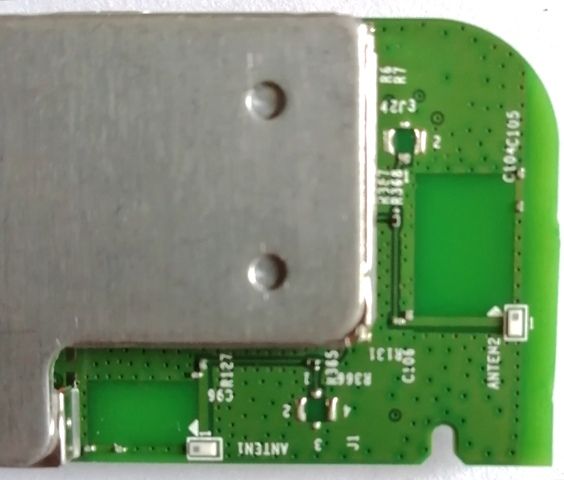 FWIW: The antennae of the (unmodified) 3900x board looks very similar.