Help & troubleshooting for channels on your Roku device, including adding/removing channels, logging in to, authenticating, or activating a channel, channel-specific playback issues, assistance contacting channel publishers to report issues, and adjusting channel-specific settings.
Turn on suggestions
Auto-suggest helps you quickly narrow down your search results by suggesting possible matches as you type.
Showing results for
Show  only  | Search instead for
Did you mean:
Options

Remember that it isn't in Spectrum's best interest to settle with Roku. They would much rather rent you a cable box. But for all of you that use Spectrum, I do hope that an agreement is reached soon.

Help others find this answer and click "Accept as Solution."
If you appreciate my answer, maybe give me a Kudo.

I am not a Roku employee, just another user.
0 Kudos
StreamerUser
Level 20

@Forumro  to clarify what @atc98092 stated in terms of ChromeCast support:

ChromeCast devices do NOT have native Spectrum TV app support.

(Spectrum is misleading about this on their platform support pages, until you drill down to how to use the Spectrum app on each platform, and it becomes clear they only support casting to ChromeCast devices).

They only support ChromeCast built-in receiving of GoogleCast/ChromeCast-based ("cast") streams from the Spectrum app of other devices (e.g. phones/tablets) - which any device with ChromeCast built-in support can do (e.g. TS4K, FireTV with third party app, Shield, O4KSB, or virtually any other Android-TV device).

So currently the only "streaming platform" devices with actual app support are Apple TV, XB, & Samsung TV (otherwise app support is available for mobile/tablet devices, which you can cast to ChromeCast built-in devices).

Compromise is where both sides make concessions and come to an agreement.   What concessions have been made by Spectrum?

Roku Community Streaming Expert
I am not a Roku employee, only a user like you.  Please, no support questions via private message -- post them publicly to the Community where others may benefit as well.
If this post solves your problem please help others find this answer by clicking "Accept as Solution.".

Spectrum App disappeared from all my TVs

All my TVs lost the Spectrum App.

I was using the app on my TVs earlier today when they started to have buffering issues.

Didn't use for an hours or so  then when to see if the issue cleared up and watch something the app is gone from all my tvs. I did not do anything to the TVs, or any channels, or my account.

I have used the app for several years so i was grandfathered' with the dispute between the 2 companies, so i never had an issue and it worked fine. Till just now.

Anyone have any idea what the heck is going on.

For more information about that channel's features and functionality, you'll want to contact Spectrum support directly to inquire further. Many channels on Roku are developed and maintained by the channel provider themselves.

Sorry but ROKU decided to remove the channel form the store not Spectrum. ROKU has the power to add it back

Thanks for the posts. I'm happy to share that the Spectrum TV app is now available on Roku devices. 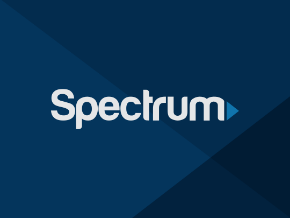 We will be closing this thread.