Samsung TV's has never had Roku software, having a single Roku Ch is not having Roku software. And so NO roku remote would control it anyways. Smart TV's  are very slow in updating their apps, unlike TRUE Roku TV's. Sorry.

Is there a Roku Stick attached to the Samsung tv?

As @Tivoburkee mentioned, I've never seen a Samsung Roku TV. At least currently, the only brands available are JVC, Element, Philips, RCA, Hitachi, Hisense, Sharp, Insignia and TCL. Roku has announced that The Roku Channel is available on select Samsung Smart TVs. But since you've labeled yours as "older", it's likely not available on it. I don't think my JU7100 has it, and it's a 2015 model. I also did a web search, in case it's something that was available in the past, but found nothing.

So, if you actually have the Roku user interface on your TV, then there must be a Roku Stick connected to one of the HDMI ports. If you locate it, and it's a purple color, you may as well throw it away, as there's no replacement remote available. It's also possible that it's an even older Stick that uses the MHL connection format. MHL looks just like an HDMI port, but they are not interchangeable. If it is an MHL Stick, your TV remote should control it. However, it's really an old device and I would suggest just replacing it with a more current model. There are many channels/apps that are no longer supported on either the MHL or purple stick as well.

By older I meant more than 2 years, it's probably 3 years old. It's a Samsung 49" LED 4K and it is equipped with Roku and all the apps which I'm using. The difference is there is no Roku remote. I bought the unit new and there was never a remote. Everything is functional through the TV remote. There is a different appearing main screen than my TV's using a stick. I would like to update the Roku software but can't find an option to do it as on the stick equipped TVs.

By older I meant more than 2 years, it's probably 3 years old. It's a Samsung 49" LED 4K and it is equipped with Roku and all the apps which I'm using. The difference is there is no Roku remote. I bought the unit new and there was never a remote. Everything is functional through the TV remote. There is a different appearing main screen than my TV's using a stick. I would like to update the Roku software but can't find an option to do it as on the stick equipped TVs.

OK, that's a newer set than my JU7100 most likely. But as mentioned, no Samsung ever came with a Roku OS. There must be a Stick plugged into the back of the set. Exactly what model Samsung do you have?

If the Roku is functional using the TV remote, that strongly points to it being the old MHL Roku Stick. I have heard of some MHL equipped TVs having a cover on the back that covers the MHL port, and that might be where a Roku stick is hidden. And if this is the case, there is no Roku remote. As you mentioned, everything is controlled (even the Roku) with the TV remote.

If you do have a Roku MHL Stick in the TV, when you are on the Roku home page you should have a settings menu, and under System there is a System Update menu function. You can manually force an update check here.

Hi, some of this will be repetitive, sorry. There is no stick nor does it look like there is a removable compartment where they may have hidden one. The model is UN49MU6290F. I checked the ROKU app menu for settings and there is nothing there that remotely suggests a Software Update. Hmmm. It's Parental controls and stuff like that. Maybe I have a Frankenstein and should consider a new Stick for it.

Thx for your help, very good.

From the amazon page there is nothing about it being roku ready:

No mention of Roku. Samsung uses the Tizen operating system, which includes its own smart apps and a web browser. Your TV has no MHL port, so that eliminates the possibility of the original Roku Stick. I'd love to see a screen shot of what you're seeing.

If it's anything other than The Roku Channel (which might be available on your TV, it's new enough), there has to be something physically connected to the set. If what you are seeing is The Roku Channel, then there's nothing to update. It's just another app on the TV, same as Netflix or Prime Video, and will be updated when Samsung releases a new version through their app store.

Bingo, you guys figured it out. I recall seeing Tizen somewhere in my journey, probably on the PC in the Roku site. For the record, I'm using many apps on the Samsung like Hulu, Pluto, YouTube and Tubi. I don't know how to send you a screenshot. I'm fumbling with a new PC and Win 10, (Ugh). The Samsung Settings screen simply has APPS Info, Captions, Ad Tracking, Privacy, Term and Conditions and Parental Control listed on the left. No System Update. Now I know a software upgrade isn't available on this TV. If I figure out how to send a screenshot I'll do it. 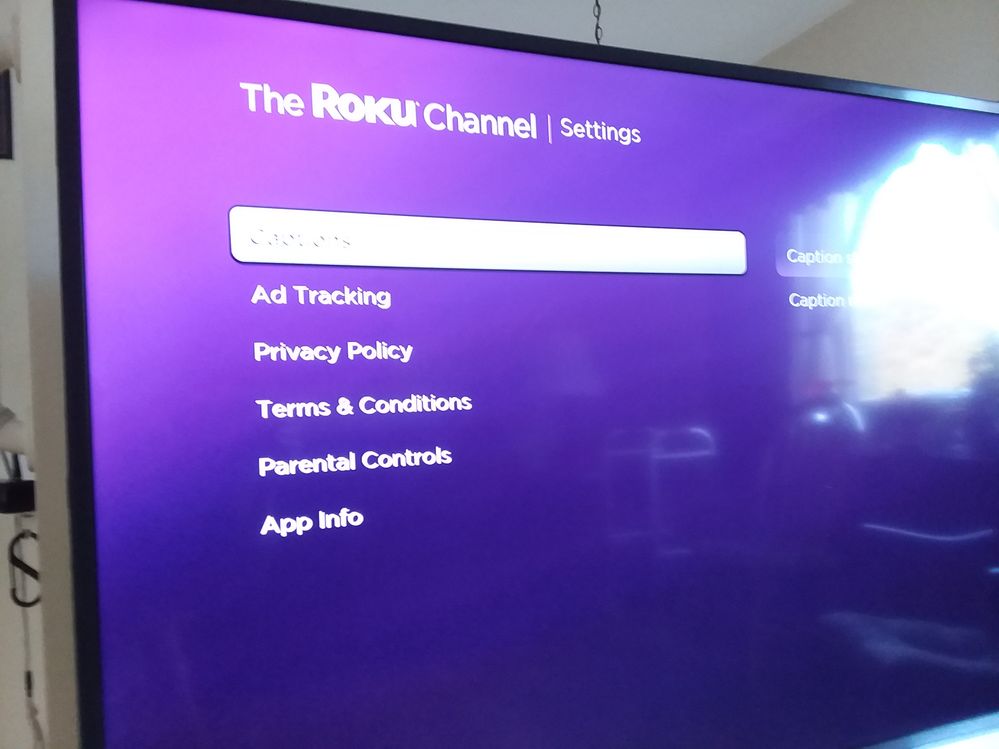 Thanks for the screen shot. I had never seen the Roku Channel on another device, so good to know it has some settings that make it look like the Roku OS. Glad we have that sorted out.