There have been many reported problems on updates.

So, I'm curious, is there a way to downgrade Roku OS to the last version or so?

---A problem clearly stated is a problem half solved---.
4 Kudos
Reply
1 Solution

You can sometimes get the previous version of the firmware during the rollout of a new version from the "Secret Screen" (press Home 5 times, FF 3 times, Rewind twice).  Choose "Update software" and it may offer the previous version as an update.  This option is generally removed once the rollout is complete and the box will generally update automatically overnight, so it's not that useful even when available.

Me too, I have a feeling the latest version upgrade has caused all these issues, I think mine was roughly about 2 months ago and i lost a lot of channels since then. is either update or Roku has restricted their channels..

in another token I am surprised Roku can see all the complains but where is response? should not they look at issues and come up with solution? if everyone has similar issue is not their devices, it is something to do with firmware/version upgrade and Roku restricted policies..!!!

I'm not really having the problems you guys are but I'm curious if it can be done.

Probably akin to Jail breaking Roku which of course would not be supported.

You can sometimes get the previous version of the firmware during the rollout of a new version from the "Secret Screen" (press Home 5 times, FF 3 times, Rewind twice).  Choose "Update software" and it may offer the previous version as an update.  This option is generally removed once the rollout is complete and the box will generally update automatically overnight, so it's not that useful even when available.

Ditto. Where is ROKU when you need them? There have been many complaints about upgrades, channels not working, and outdated Roku stick that are no longer supported by Roku.

Roku was great when they first rolled out. You could chat with customer service, get help for common problems, and now customer support is NONE.

Everyone that bought a Roku Streaming Stick (3400 series)  TV with the Roku Stick inside (like me) five or more years ago seem to be out of luck. My RCA Roku TV has the Roku stick inside the TV. This is not uncommon as Roku is still selling TV's with the stick inside. When technology changes, people are stuck with a TV that is no longer supported (for updates) by Roku.

I don't know why Roku hasn't received pushback from their providers, Netflix, Amazon, Hulu, CBS All Access, among others. Roku's decision to not support older versions of Roku TV's that are 5 years old is bad customer service. And the manufacturers of Roku TV's should be mad as **bleep**. That is unless they don't care because it drives people to have to purchase another TV instead of a new Roku stick.

The problem you may be having is similar to mine. Every upgrade Roku rolls out affects various channels. I was watching Netflix and one day -- could not watch Netflix at all. Error messages on all playback. I called Netflix. They told me that my 3400X will no longer be supported by Netflix. When I mentioned Netflix will lose a lot of customers, all of a sudden, Roku came out with a upgrade 9.1.0 and Netflix worked again.

I was having problems with Hulu. Called them. That was an easy fix. While on the phone with Hulu customer service, they had me remove Hulu and reinstall it. I asked if Hulu was going to support the older versions of Roku and was told yes.

The problem is TV manufacturers and @Roku are not in sinc. They know exactly what they are doing and it's screwing customers.

I will NEVER buy a Roku TV with the preinstalled stick inside the TV. From here on I'm going to Chromecast or another service that can be upgraded without having to go out a buy a new TV because Roku allowed this to happen.

I appreciate the support group as I've shared my problem with you and received many responses. But, unless Roku comes out with an answer to our questions, we are screwed. 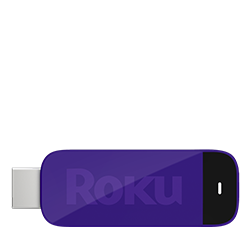 Well you dont need to get a Roku TV in order to have Roku. In fact I consciously bought a Dumb TV with lots of HDMI slots. Too many bells and whistles mean all the more to break down. And then got a Roku box which can be upgraded. in this digital world all things get outdated fast. Roku's are not expensive really.A lot of the problems you describe are Channel related and its the Channel providers responsibility to keep up. I'm glad to have a Roku it works well for me. I have a Internet connection that does just that exclusively so it is a natural decision. Most people have bundles. I say cut that cord entirely. Overall it becomes cheaper and sets you free.

LOL, good job pretending not to be Roku..

you do realize this thread is ancient.

Do you know what youre talking about?

Define ancient.... You don't know what you're talking about.

the post before you started your blather was from November last year.

Things have changed since then.

I made the posts.

You can now downgrade its not hard to try it.The current version of the OS came much later