The Roku Ultra and Vizio TV have been working flawlessly that entire time, approx. 1 year. About 4 days ago, while streaming on the Roku, intermittently it started black screening. It would not resume transmitting audio/video to the TV unless I unplugged and rebooted the Roku via the power source, or by simply unplugging the HDMI cable and plugging it back in. I then tried streaming via apps on my Sony BluRay player to see if it was the TV. Worked fine for two movies. Then, I simply switched the HDMI cables from the BluRay that is working to the Roku Ultra. Worked fine for about 10 minutes, then black screened again. I then brought in another Roku Ultra from a different TV and it worked fine for about 3 mins, then black screen. I read online for hours, trying various suggestions from flipping my HDMI cables over, to doing a soft reset on one of the Roku Ultras....still, getting black screen after a bit.

I then took an old Roku 3 from my bedroom, put it on my Vizo TV that was having the issues...been working flawlessly for 3 days. And, the Roku Ultra's that were black screening on my newer Vizio 55" work perfectly (so far) on my Sony in the kitchen and older Vizio 47" in my bedroom.

Has anyone even heard of such an issue? It sounds like an issue with the HDMI "handshake," but I tried multiple different HDMI cables, multiple different Roku Ultras, flipped cables...plus, it's been working perfect for a year on the same HDMI ports and same cables. Could either Vizo or Roku have done an "update" I'm unaware of that could have caused this?

Have you looked at or attempted to change any HDMI settings on the VIZIO, such as turning off the CEC option?   I had a devil of a time with an early HDMI TV that was only resolved sadly, after disabling CEC.
0 Kudos
Reply

I have not but I'll look into it. It just is odd that it worked perfectly for a year with all the current settings then suddenly, overnight, won't work and only specifically with those models of Roku.
0 Kudos
Reply 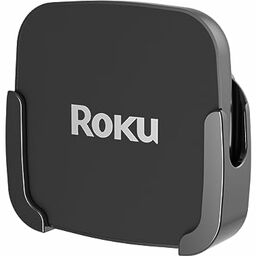 @TroyH wrote:
I have not but I'll look into it. It just is odd that it worked perfectly for a year with all the current settings then suddenly, overnight, won't work and only specifically with those models of Roku.

I have a similar issue.  if my Roku Ultra, which is 3 months old and connected to my new vizio Mseries tv, isn't used for an hour or more I get  a black screen.  I have changed cables, different power outles, multiple roku factory resets which by the way are a huge pain, but can't fix the problem.  If I power cycle the Roku I can then get it to connect after the "rolling roku" splash screen finishes.  some times repeated unplugging and plugging back in the hdmi cable will work.  At times when doing this the pic and sound seem to come back momentarily with staticky pic and crackling sound but goes black again and TV says no signal.  Power cycle seems to be the only thing to fix it.  It's a pain to do this every time I want to watch something useing my Roku Ultra.

Have you tried using a different HDMI input on your TV by any chance to see if that resolves the issue?

Please keep us posted and we will see what other troubleshooting steps we can provide.

I also tried 2 different hdmi inputs on my TV.  no change.

Yes I have two Roku Ultras. One works flawlessly in the living room. The one in the bedroom is buggy. It's not my internet. I have several other devices working fine from a POE box in the bedroom. At any rate I have not moved the Roku bedroom to another room yet but have done most of what you describe. A day ago when the Roku went in and out flickering it locked up my Vizio bedroom TV in the on position and I could not get it to shut off with several different remotes. Finally unplugged it and plugged back in and it was good to go. When I flip input from the Roku to my Tivo I get the same broadcasts with no problem. The Tivo is connected to the internet as well and also has a hardwired cable connection. So I'm beginning to think this is a Roku problem and they should be looking at it.