How can I make the Roku express work on an LG TV with HDCP 1.4?  Every time it says it can't be played, and I exit, what I was trying to watch displays briefly just fine....

Did I just buy the wrong Roku model?  Which one works with HDCP 1.4?  I have no need for 4K streaming.

I’ve follow the screen instructions at least 3 time and the error persisted, so what’s the solution to this problem 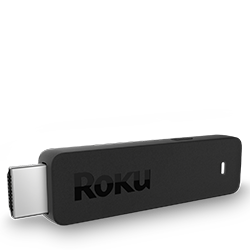 Please be aware that the Community only supports the English language.

Danny - with due respect there is a real problem and the "Redmond solution" (cycle the power, replace the cables) DOES NOT WORK and never did.  If a comment comes in Spanish, Ukrainian or ancient Sanskrit - I'll take it and thank anyone who adds to the conversation.

My Roku4, started failing overnight - EVERY NIGHT.  It simply stopped listening to the remote - heat ? bad build quality ? firmware ?.  The app worked to the roku4, but ... awkward.

So I recently bought a Roku 4k+ Express (to replace the Roku 4) and .. it REFUSES to feed any 4k source DLNA content to my 1080p HDCP 1.4 TV.   Find a solution or explain why your stuff ifs broken.

Can you please provide more information about the issue you are experiencing with your Express 4K device?

If you are experiencing HDCP errors specifically on this device, please provide us with the following information:
-Roku device model, device ID, and software OS/version (these can all be found in Settings > System > About)
-steps to reproduce the issue you are seeing
-when did you start seeing this issue occur

Once we have this information, we will be able to pass it along to the appropriate team for further investigation.

@stevea12345 I have an older 24" Insignia 720p Roku TV which I seriously doubt is higher than HDMI 1.4. I have a new Express 4K+ attached to it and it works just fine. I can't say why you're having difficulties, but I did just conduct a couple of tests with mine.

Using Roku Media Player, I did encounter an HDCP error when attempting to play a ripped UHD movie. No, it should not happen, but it might be something specific to the Roku Media Player, not the Roku itself. I tried another UHD rip, but this time I used Plex as the player, and it did not give the HDCP error. Of course, I still encountered buffering, since the Roku doesn't seem to keep up with a UHD bitstream over my WiFi. But since there was no HDCP error, that would appear to show a problem with RMP, not the Roku itself. I generally don't use a Roku for my UHD rips, mainly because I want the full lossless audio bitstream, along with the full video bitstream without restriction. Roku players can't keep up with that since they don't offer a Gigabit Ethernet connection, and they won't bitstream the lossless audio.

Yes, your Roku 4 most likely finally died from heat. That was the only Roku that ever included in internal fan, as it was the only one that really needed it. My granddaughter still uses my old one, but it's not used very often so heat hasn't gotten to it... yet.

Dan - Thanks for your experience and comments.   FWIW my old Roku4 played the same-source, HDCP output to the same TV just fine.  The new 4+express refuses.  I've tried several cables.  Several re-starts.  Nothing but heartache for the 4+express.

I go to play a DLNA served 2160p source movine using the Roku-media-player app to a 1080p TV that supported DHCP 1.4.   I always get the DHCP error screen.

This same problem has happened ever since I got the Express4k+ - never worked.

This same sever & TV worked on the same movie on my old Roku4 (heat problems caused my to replace it).

Thanks for the information.

-Can you please specify if the HDCP issue you are seeing only happens on a specific channel (which channel), or does it happen across all channels?

-Have you tried swapping the HDMI cable used to connect your device?
-Have you tried connected the Roku device to another TV to see if you are seeing the same issue?