My topic has not been posted before and I have searched forums, my TV is behaving differently than described by others. I am getting a pixelated green screen with lines when using streaming services. It is also a frozen picture of the thing last played. I’ve had this issue in CBS All Access and YouTube. Even stranger I went from one YouTube video with the green screen image of CBS All Access, closed the app, tried again with another YouTube video and had the same pixelated and lined green screen but with the image of the other YouTube video I tired. I have a Roku built in TV I bought at Best Buy in 2017, no extended warranty from BB but with low playtime:

I have nothing connected to my TV except for an antenna and a DVD player using HDMI. I have not been using the DVD player and the antenna is not having this issue at all. Only with streaming. My boomer dad keeps saying it’s the internet but this does NOT look like an internet problem. I keep telling him if there were WiFi issues that as far as I know the TV would just display a message about WiFi and the screen wouldn’t look like this. It is currently intermittent but becoming more frequent. 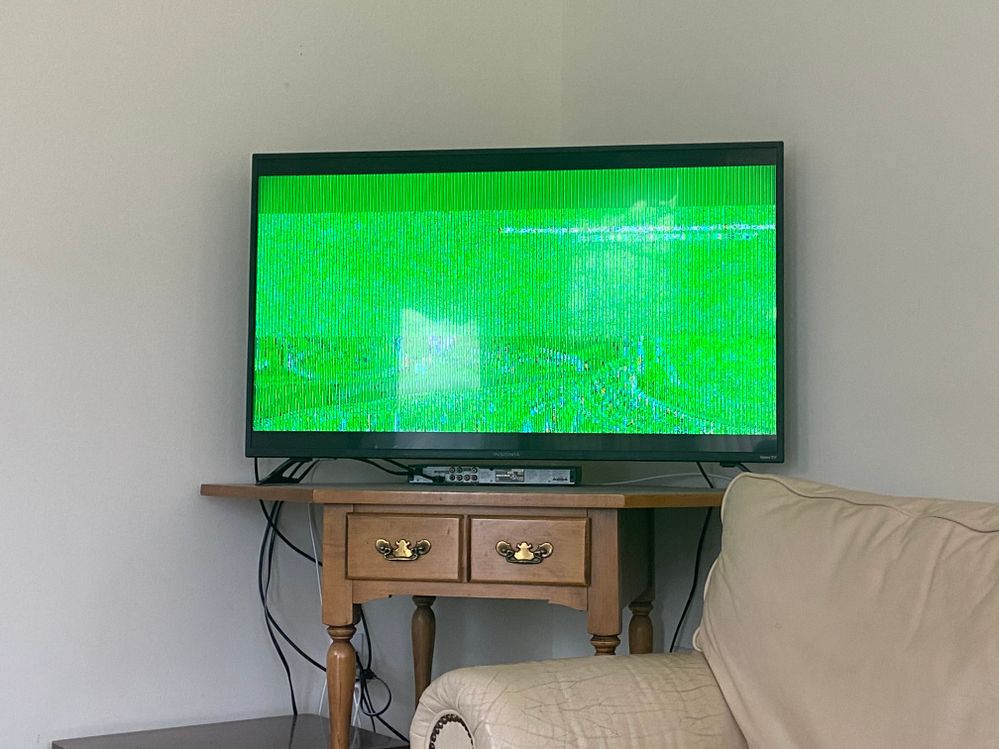 This is shown when trying to stream video through a streaming app. It is intermittent.

Delete-Restart-Add solved it for me.

So glad you found a solution for your situation!

Can you clarify what you mean? Are you referring to deleting and re adding the channels or doing a overall reset on the TV?

Having the exact same problem.   Will try to delete the channel the next time it happens - but if I remember correctly it has been multiple channels.