My roku is having trouble connecting to wifi but the wifi works for everyone else.

So for the past week I’ve been having issues with my roku tv and I have no idea what’s wrong with it.

Everything is super slow it takes ages to open any of the apps (like Netflix Disney+ etc) or any videos within said apps. and when I try to watch something the videos buffer frequently.

At first I thought it was my wifi since that’s what my tv is acting like is wrong. I’ve had a hard time connecting/staying connected to the internet. Thing is, I asked everyone else in my household and they all said the wifi works perfectly. and the wifi says it has a great signal so I can’t figure out why my tv won’t connect properly.

I’ve tried resetting it a bunch of times but it either doesn’t work or makes it worse. I’ve tried reconnecting the internet every time I turn it on too but that doesn’t do anything either. So how do I fix it? 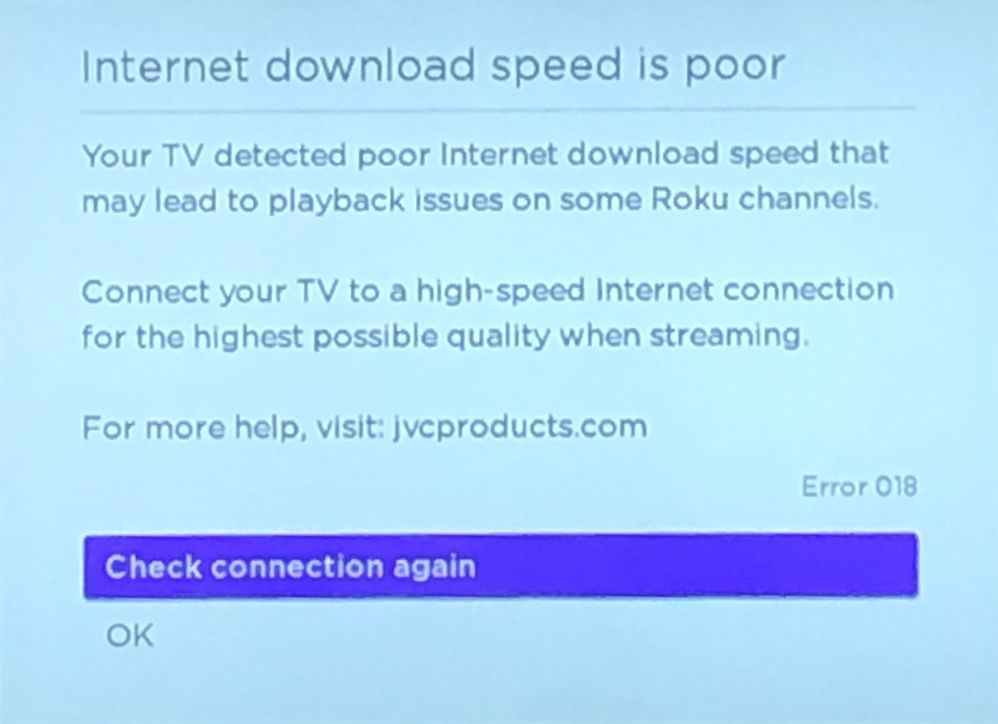 I also get this message when I check the connection. But idk why since, as I said, the wifi works great for everything and everyone else.

Re: My roku is having trouble connecting to wifi but the wifi works for everyone else.

Have you tried rebooting your wireless network or changing the channel of your wireless broadcast to see if that helps with the issue you are seeing?

For more information error codes on Roku devices, visit our Support page here: Set up or fix your internet connection

Keep us posted what you find out.