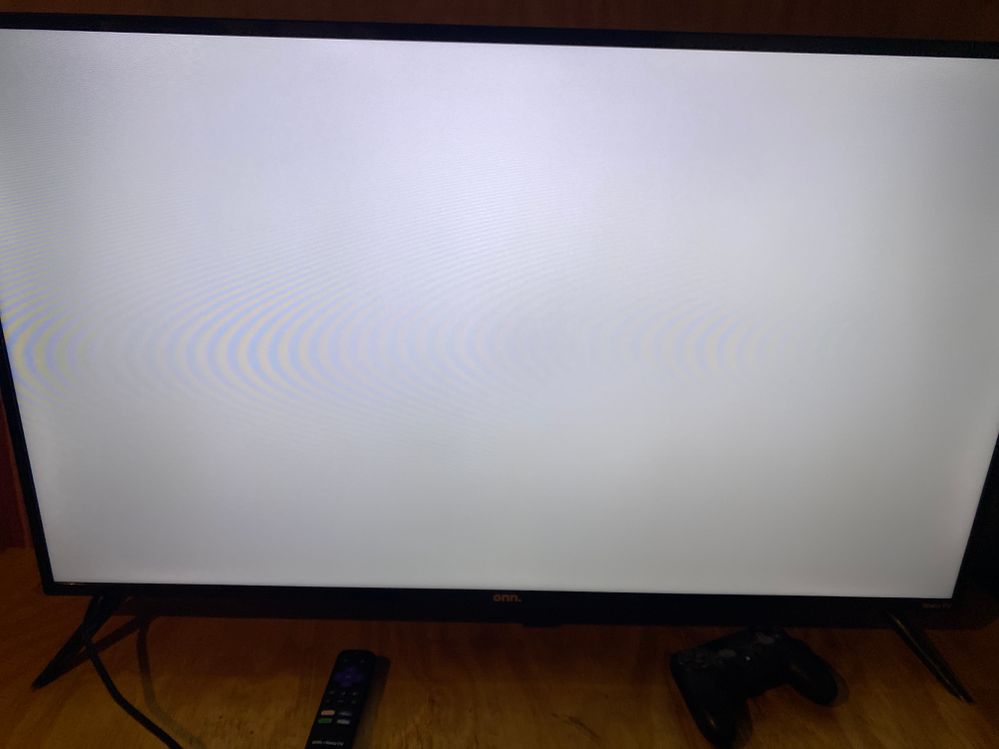 tried everything nothing won’t work

When trying to perform a factory reset on your Roku device, please make sure to press and hold down the button for at least 30 seconds regardless of what is happening on the screen.

Re: Express won't restart after update

Reset of tv doesn’t work. Disconnected roku to restore tv to original but can’t get past blank screen

Does not help at all. Can’t get past blank screen

Thanks for the posts regarding your device showing a blank screen.

How are you powering the Roku device? Is the device plugged into the TV USB port or is it plugged into a wall outlet?

When trying to perform a factory reset, please make sure to press and hold down the reset button for at least 30 seconds regardless of what is happening on the screen.

If you are still unable to resolve the issue, please send me a PM (private message) with your Roku account email address, and include the serial number/device ID on the Roku device along with a summary of the issue you are experiencing. I'll be able to assist you further from there.

@RokuTannerD This issue has nothing to do with our TVs, it’s a matter of a bad quality product. People continue to have this same problem and you guys don’t have any idea on how to fix it, it’s not like it’s one or two people having this issue for you to direct the issue to the type of tv we own. Yes I’ve checked my hdmi ports and yes I’ve done the reset button I’m not an idiot. May I suggest to all of you to buy the Amazon fire stick!

So after updating my Express from 9.4.4190 to .4200, it did the same thing as everyone else here: reboot, show the logo for about half second, then go to a black screen. This happened no matter how many times I rebooted it. I had to factory reset it. After it connected to the internet and downloaded the update, right back to the reboot and black screen issue.

After much reading here I thought the new software might update the HDMI version to one my older Samsung plasma might not use.

I tried the factory reset again, let it reboot and sit at the black screen again for about 30 minutes while reading here. Then I rebooted it again. It came back to the same "factory setup", same internet connection, same update. Except this time the reboot worked.

So this worked
1. factory reset

2. let it sit at the black screen after reboot for 30 minutes

4. go through the same factory setup.

reboot after update should work this time.

Hello, I am having this issue too. However I am getting through only the software update and the restart only to get a blank purple ish screen after the restart and then it is restarting again.

1 Kudo
Trending Discussions
Is there a Live TV channel listing to download/view?
Local channels.
My av listing does no appear anywhere
Labels