Mine has not updated either. I just assume there has been no version update for TV's.

Yeah but just kinda odd. I have always gotten different builds on my Roku TV. I mean there are some fixes that needs to be addressed. I guess we have to wait for 11.5. Who knows when that firmware will be out for Roku TV. The TV’s are always last to get the newest software. Lol

FYI my TCL r635 just updated to a new build.

I have a Roku Premier and it has also been stuck on 11.0.0 since May 2022 (it is now October 2022 at the time of writing). It is suspicious that it has stopped at such a round number. It makes me wonder if Roku have withdrawn support for it so I have to buy a new model. Their FAQs are no help, and they won't deign to let me write to them because my model no longer qualifies for support.

According to Google, the current version of the OS is 11.5x. If Roku stop updating devices, they should tell us, so we don't waste time trying to find out what's wrong.

The pics below show the OS build and that attempts at a manual update result in "software up to date". 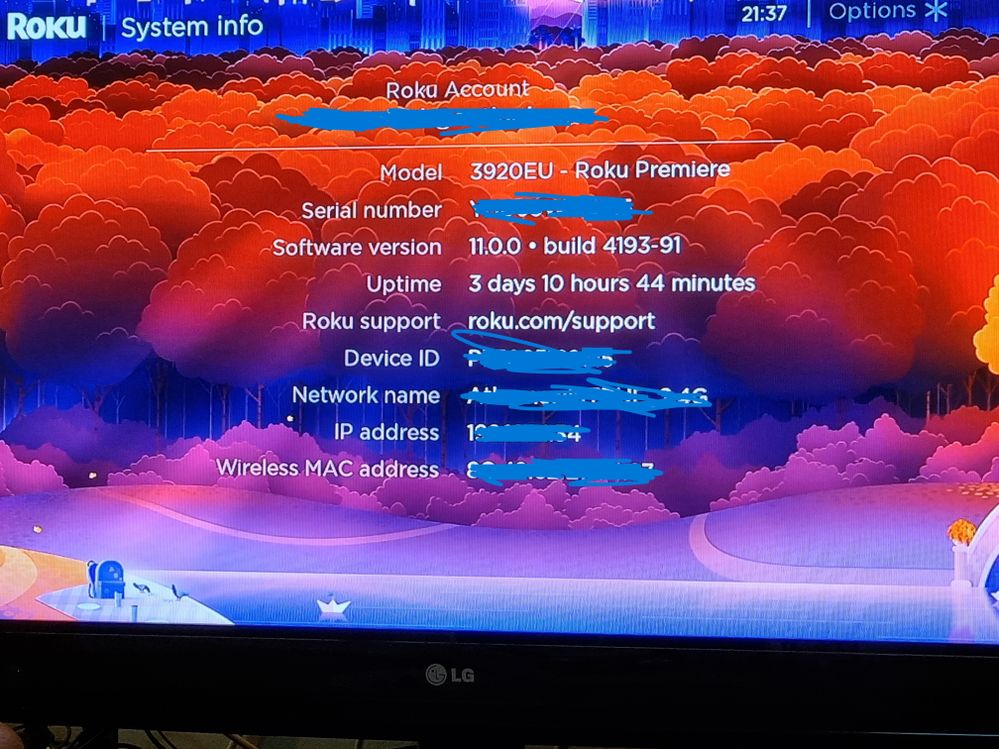 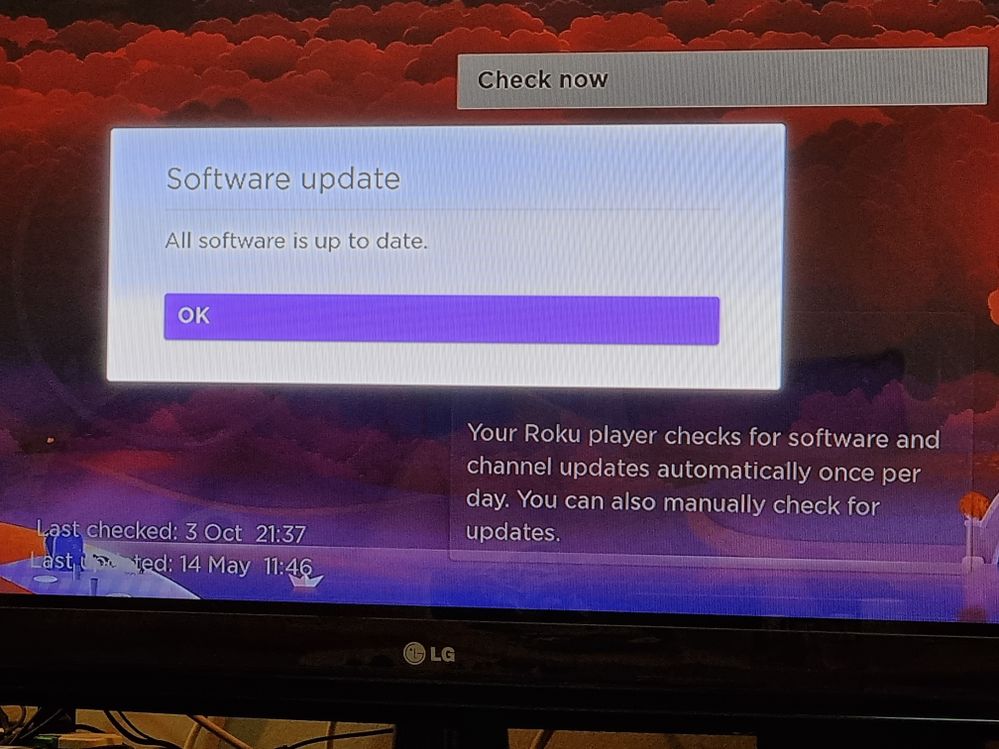 Attempt to manually update software reports it is up to date

@Ian396734756834 I wouldn't sweat it yet. I have posted in many places about my TCL R635 going to 11.5 because it resolved a major issue on one of its big features(VRR) and everyone I've talked to has yet to update as well. Even the other TCL TVs in my house haven't updated yet either. They must rollout these updates very slowly.

My Hisense Roku TV is also showing it hasn't updated since May 13th, 2022.

But I think it is wrong because a couple of weeks ago the Live TV Guide definitely changed and no longer functions properly.

They added in FAVORITES and RECENT to the guide and now it loses track of the time you are browsing.

It's all a bunch of caap.

Local tv guide still not correct hardwired constantly updated last night, with a minor glitch , they retracted it quick but all that updated was nothing but more bloat for Roku devices of all to suffer it's almost not worth cutting the cord anymore. pukaa says.
I couldn't agree more with this channel guide doo doo. It should be fixed already. I did notice a new star button option before the stupid update that was a major glitch. There's now an option to turn off the picture. Like while listening to music. Look at my other post's. I'm just sick of posting about thier problems. Jest seems to be no end in sight . A d now Roku home, and cameras. They are certainly not building my confidence up. Bummer 👎

As for updates hitting devices, the updates are rolled out generally over weeks and months of an initial release announcement by Roku.  If you have multiple Roku devices, not at all uncommon for one device to receive the update, and the other devices to be be weeks away from receiving their update.  I just happened to have two of my devices be available for updates today.  My other devices might be eligible tomorrow, or two months from now.  Eventually, all your devices will receive the update.

Does not hurt to periodically check to see if an update is available to install.