Just bought a new ONN 50" with Roku from Walmart (The last one in the store). Same issues. Stuck in the same bootloop even after updating the software OTA and manually.  Talked to local Walmart store and they have numerous returned with same issue. They have stopped selling them for now (I didn't know at the time). They advised that I may could wait and see if a firmware was released to fix the issue or return the TV for a refund.

I contacted Onn support back on the 18th and got a response that they were aware of a software issue. 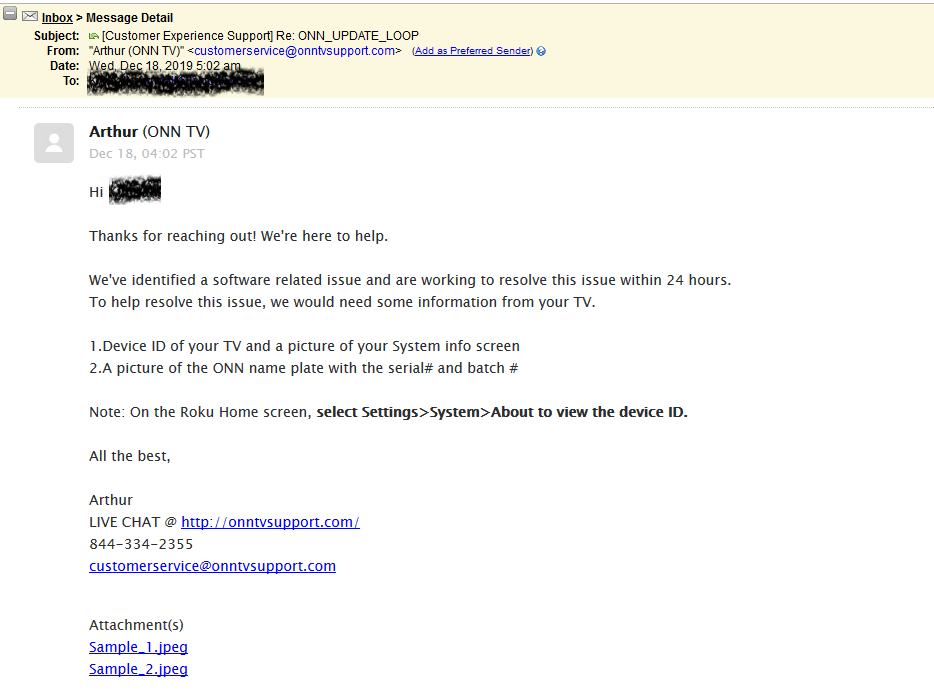 I contacted them directly Friday and they said the issue they found was a widespread issue and had to escalated to the engineering team to be corrected. They asked for a little more time and said they would release a fix as soon as possible. Until then the units will not work.

Thank You, this is helpful

Please post here once an update comes through. Would really appreciate that.

Got a response from Onn CS with a new update file to try manually on the 30th. Unit has same issue. CS told me they would get back in touch with me soon. On the 31st, CS advised me the unit would have to be fixed at the factory and to return it. I had purchased a TCL brand unit for my mother that actually updated and then started doing the same thing after it was powered on and off. I am going to return both units to the store for a refund. My first and last Roku experience for sure..

Hello, I have tried restarting my router, restarting the tv and system reset. Nothing is working. Suggestions?

Try testing it by hard wiring the network connection using a cable from the router to the TV, it should work, that is the only option. That worked for me, otherwise I would have to return the TV. All the best !!

If You had a support number to call it would be better but basically this support **bleep** sucks.