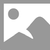 Other people have that problem too. (There's another thread.). Roku has not acknowledged that they will fix it, or that there is a problem to fix.

If it's under warranty, contact the manufacturer (if they point the finger at Roku, just tell them you're using the tv's warranty, and Roku told you to contact them who warranted the tv. You can file official complaints with the FTC & your state AG's office -- even if the warranty is expired. You shouldn't have to buy a new tv just because Roku's latest update breaks yours. You should be able to continue using any prior update that worked for you. Like when Microsoft's new OS won't work on a laptop. You can still use the prior version for some time.). Obviously, reviews on all the retail sites will help people know what they're getting into.

I was thinking you could never connect to the internet, and at least use your tv for broadcast tv (using whatever it installs when you tell it during the setup that you can't connect to the internet). But, others have said that's broken too. It sounded like if there's no internet, it will overlay the screen with the "guide/info" window, and "connecting...." forever. I haven't tried that myself. It might be useable somehow. Maybe the back button would get out of that overlay(?).

I wish I could offer you some hope. But, if you look back through a few pages (weeks), you'll see people saying the have problems that were never fixed (or even acknowledged). It's possible a new update will be released tomorrow, and fix your problem. But, it's also likely that they think it's a hardware problem and you're out of luck. I think what's worse than that is that you won't know. You could be waiting and hoping for a long time, increasing your frustration level when nothing will happen.