Certain scenes appear to be blown out/inverted and having color issues when watching with dolby vision. See below for a picture of a recent rental rented through the apple tv app on the apple tv 4k. It wasn't like this for the entire movie -- only during scenes that had similar dark lighting. I could watch the same scene out of a built-in Roku app on my TCL and it looks fine.

I have replaced two new 4k HDR HDMI cables as well as tried every combination of Apple TV 4k Visual settings. My HDMI settings are set to 2.0 on the TCL TV. Any ideas on fixes or what could be causing this? Has anyone else experienced something like this with only specific scenes not displaying dolby vision correctly but only out of the Apple TV 4k?

If I switch to HDR and turn OFF matching dynamic range then everything displays correctly -- I want to be able to enjoy dolby visual when I should though instead of a workaround. 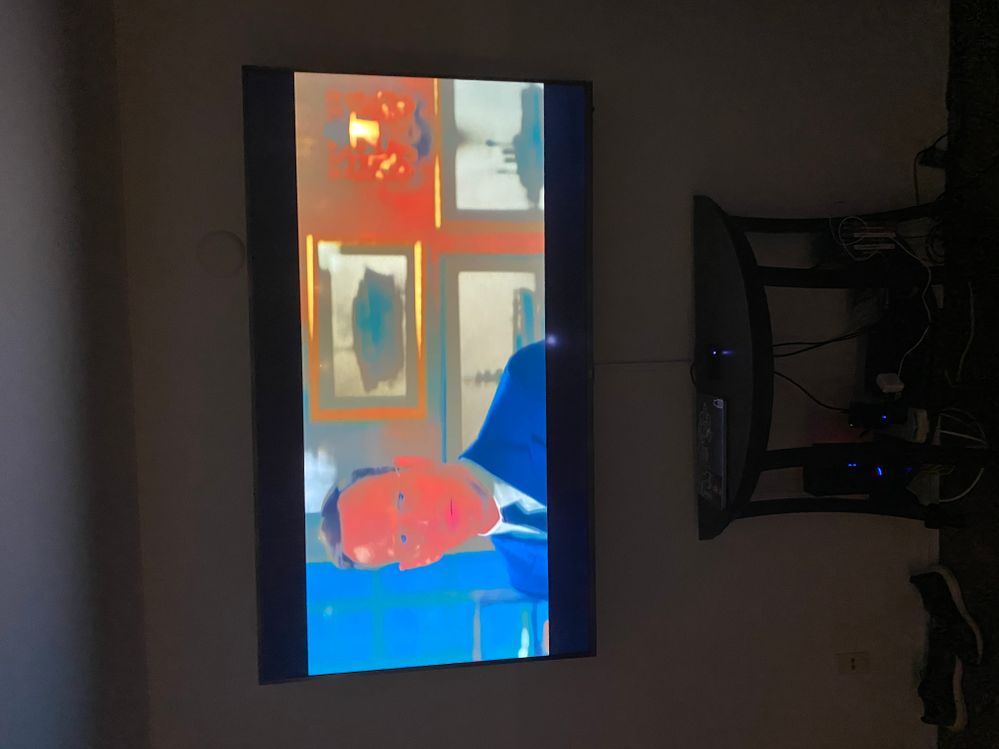 I own the TCL 65R625 model and the Appletv 4K. I was watching US last night when I noticed the same issue on a few dark scenes. Tried watching the same movie in the vudu app and couldn’t reproduce it. It’s definitely a problem with Apple and Dolby Vision.

It seems as though you are having the same  issue I had with Chroma and the Apple TV. Make sure your Chroma is set to 4:2:0. I have a TCL 8 series and a 6 series and neither of them play nice with the Apple TV 4K when Chroma is set to 4:2:2. Just reset your video settings, makes sure chroma is 4:2:0, and then re-enable Dolby Vision. The issue should go away. It drove me crazy trying to figure this out when I had the problem.

I tried this earlier today, it didn't work for me. By default, it was set to 4.2.0. I even tried setting the picture to 4k SDR and turned on the match content. No luck so far. I am on the latest OS on both.

I’m sorry that it didn’t work for you. I will do some digging and see if I can find any answers that may help. Good luck with your issue. I hope your problem is resolved soon. I know how frustrating these things can be.

So I contacted TCL, apparently, the T-Conn board is defective on my TV. It's shocking as it is a brand new unit. I wonder if TCL would have let this slip under the radar if I didn't contact them in the first place.

I am have the same issue with my TCL 75 8 series. It works fine with a vudu movie but The issue is present with apple/itunes purchased issues. I believe its apple TV issue and have stopped using my apple TV. So many people report this in different forums. I dont think its a TCL issue... Apple needs to fix this. I can sometimes makeit look a bit better if I calibrate the black levels but decided Id rather just use Roku Nd calibrate the tv using TCLs app.

I have tried setting up the Apple TV 4K remote (Gen 1) to control the volume on my TCL Roku TV but no luck. I’ve changed the CEC settings on the TV but can’t get it to respond. Anyone else have success with it?

I am not a Roku employee.
0 Kudos
Reply
Trending Discussions
How Do I Force turn off HDR on my TCL 6 series?
BRITOX KICKS OUT ON ROKU DEVICE
Disable Dolby Vision/Open HDR options in Roku TV TCL R655 TV
Labels