@RokuDanny-R   I was told by 3 different Roku employees via Chat that it’s a Roku issue and I would be notified via email when a solution is available.  Case ID C8-466-794.

This is exactly what I am experiencing with a new 3820x on Apple TV plus.

“I only have a Sign In with Remote, no Sign in on Mobile Device.  Never gives me a 2FA prompt - just immediate Verification Failed ... didn't even give me a chance.”

I have a 3810X and wanted a spare remote. The 3820X was on sale for Black Friday. When it arrived, I discovered there is a speed difference between the two Roku devices. As such, I replaced my 3810X with a 3820X. During set-up for Apple TV+ (a new subscription), I was not given the QR code option to authenticate with a mobile device. The only option was "Sign In with Remote." I tried Sign In with Remote more than 20 times and each time it failed to authenticate with an error message:

"There were errors signing you in. Wait a moment, then try again"

I went to another 3810X and opened the Apple TV+ app. It immediately gave me a QR code and I registered successfully.

I replaced the 3810X with the old device and opened the Apple TV+ app. It immediately gave me a QR code and I registered successfully.

Having the exact same problem with a brand new Roku TV.  If there is no solution I'll just return it.  i assume it has something to do with two part authentication, but my screen looks just like yours.  There is no where to enter a code, if one where sent.  Also, No where is there a spot to sign in with apple.com/activate on another device.

Just want to add that I have the same issue.  I am trying to upgrade to the latest stick, but apple tv won't login.  I also don't get the option to sign in with mobile like on my older 4k stick.  Let's hope somebody figures something out and that someone takes responsibility for it.

@HDMIGuy do you have 2 factor on your apple account?

@samlii I do have two factor

Apple TV: No option to sign in on mobile device; verification fails when signing in on remote

When I try to sign in on Apple TV, there is no option to sign in on a mobile device like there has been on every other Roku device I've owned. 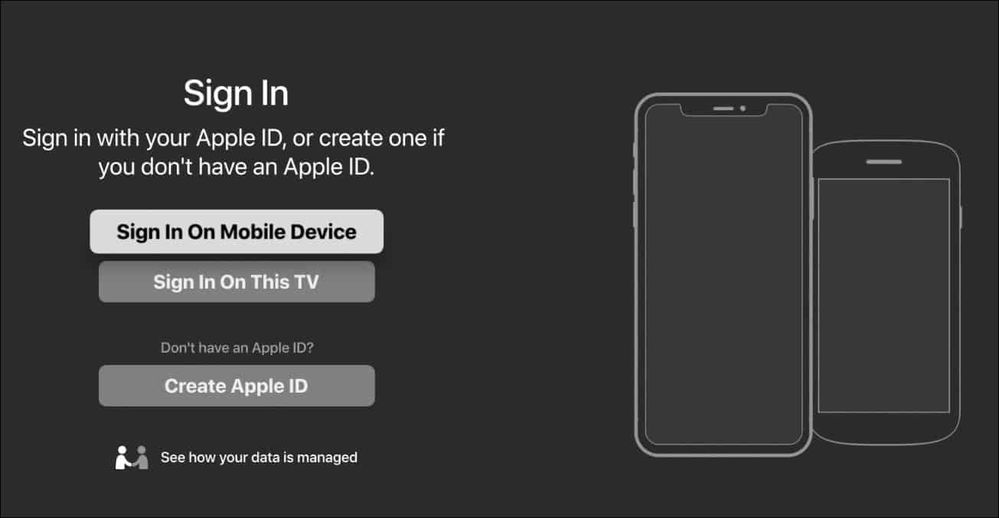 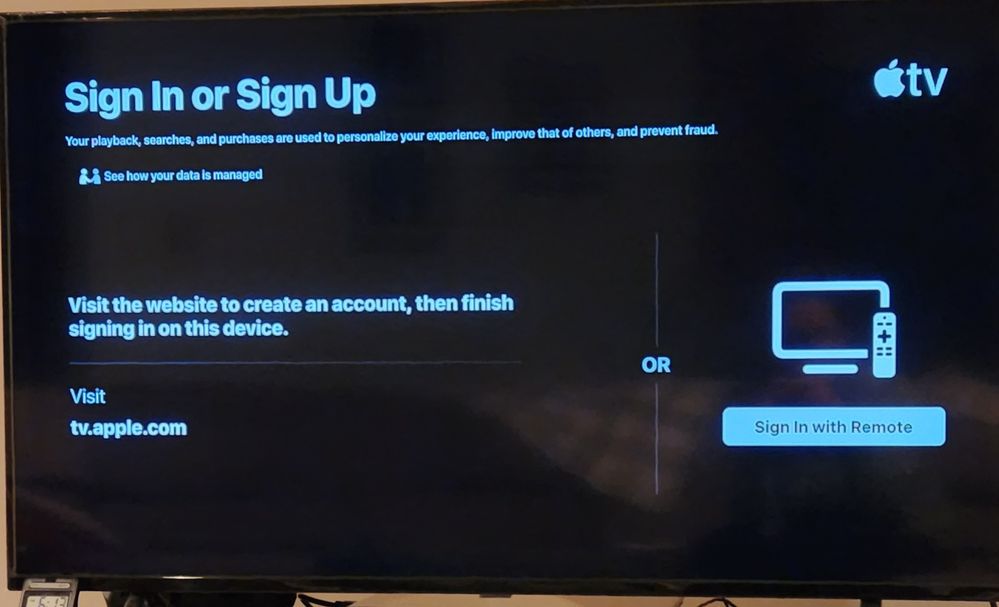 So I attempted to sign in with my Roku remote, and it keeps telling me "Verification Failed." I think the problem here is that Apple uses 2 factor authentication. When you sign in with a remote versus mobile browser, there's no way to do 2FA.

Re: Apple TV: No option to sign in on mobile device; verification fails when signing in on remote

Me too.  They probably just need to update the software for that model to support 2 factor.

I also just purchased a new 3820X - Streaming Stick 4K and receive the "There were errors signing you in. Wait a moment, then try again" when I try to sign in to Apple T

I have followed all troubleshooting steps and nothing works.

Similar to others, I only have the option to sign in via remote with no QR code or or sign in on mobile device option.

I'm assuming nobody has found a solution yet?