There is a slide showing mainly green squares on a map of the USA,what is this?

Thanks for the inquiry.

I believe it's the USGS water level map, but you can go into the Weather4us app, select "National" from the top menu (which are most of the slides the screensaver shows) and click the OK button for any slide.  This will tell you what the slide is and also allow you to remove it from your screensaver.   You can also select "Functions" in the top menu, and then "Manage Screensaver" and it will display a short description for each slide as well as letting you add or remove it from your screensaver. 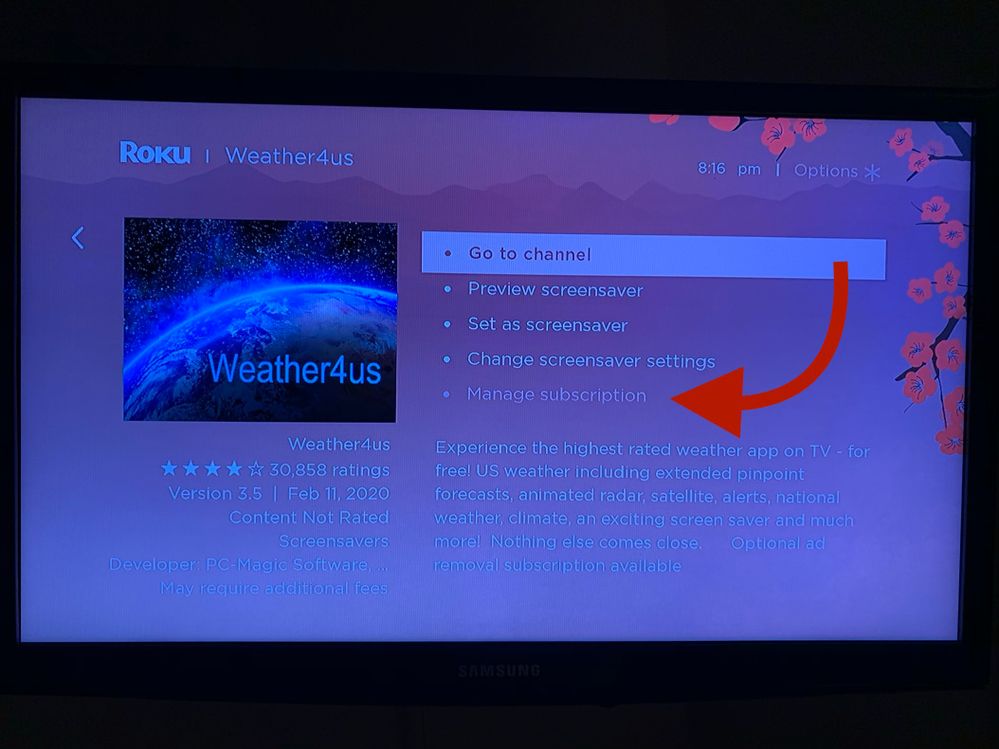 Where is says Manage, it says for a second, remove channel.

I'm assuming that if you cancel your subscription under "Manage subscription" then you'll be able to remove it.

I'm assuming that if you cancel your subscription under "Manage subscription" then you'll be able to remove it.

I actually did deselect all slides to see what slides display by default. The only issue is the slide that shows the WSR-88D image. And it’s not with the slide directly. It’s the display of the time. First run through it begins with the time in the upper right, then the upper left. Next go around when it displays the time on the alternate corner it simply pastes on top of the last time instead of replacing it with the current time.

the only other issue is that at one point the whole screen goes black.

In addition, the original issue is that there is no way to edit all slides. The defaults stay unaltered. I may just want it to alternate between weekly forecast and the hourly 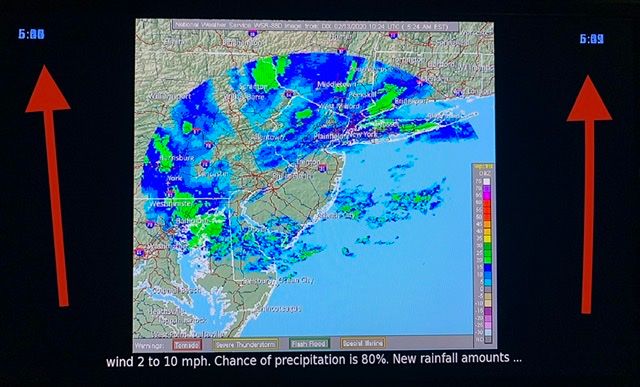 Time overwrites itself, instead of replacing with current time.

I became a lifetime subscriber to Weather4Us about 5 years ago.  Up until the latest Roku update it worked fine, screensavers worked fine, and now I keep being asked to subscribe to the monthly ad-free version.  It appears at the top of the screen.  I click “ok” to subscribe to their monthly fees, and it says “thank you for being a subscriber.”  HOWEVER, it is still playing ads and the screensaver won’t work!  This is so ridiculous.  Roku can’t answer me about any of it.