I know this is a late reply, but please do read on...

To begin with, I've never had any color and contrast issues with any of my Roku boxes (of which I currently have 4 of them (two Ultra, and two older units).  All of the streaming channels (with the exception of Paramount +) always come through just fine with superb colors, great audio quality, and nice contrasts.

I used to subscribe to CBS All-Access, but eventually just quit them (not enough content for my liking).  And even with (then) CBS All-Access, the quality of the videos were good to superb!  Last week I decided to enroll with Paramount + because some of the shows I used to love watching on regular TV are now on Paramount +.  I soon also discovered that my old log-ins for CBS All-Access were the same for Paramount +, and of course, it all clicked that they were basically the same outfit.

But this is where the disappointment sets.  The first show I began watching on Paramount + was Star Trek Discovery and I was stunned (in a negative way) to find the lack of contrasts, the washed out colors (almost looking as being black and white at times), which resulted in a less than desireable viewing experiment.  Then I tried watching several other shows and movies - all with the same result.

Then I tried different connections with my Roku units - viewing Paramount + on all 4 boxes - all with the same diffused colors and unremarkable picture qualities.  Then instead of Wi-Fi, I used ethernet cables to connect the Roku boxes to my router.  Still the horrible colors and less than ideal picture qualities were there with the Paramount + streaming network.

So without a doubt, I strongly believe that the issue lies with Paramount + and for the life of me, I can't understand how CBS All-Access was just fine, but transitioning to Paramount + resulted in such a deterioration of video and audio qualities?

If anyone else has any suggestions that makes sense, please continue this conversation.  I've tried looking on the Paramount + website (which for some reason I am now unable to access - using 4 different browsers), and they had no "support" tabs or anything like that for us to communicate with them.

Well folks, as I mentioned, I had 4 different ROKU boxes - two of them being the ultra versions, and the other two are older, yet still superb units.  But with each one of those, the colors/audio/video qualities with Paramount + were unsatisfactory at best.

So I took a quick chance and ordered the ROKU Streaming Stick 4K (2020 version), praying that it would do much better (based on some replies I read about this device).  The installation was simple, and then I held my breath as I loaded the Paramount + streaming channel.

I was in for a most pleasant surprise.  The video and audio qualities were now absolutely superb, with rich colors, increased definition to the picture quality, and the audio qualities with my Dolby system were outstanding.  Now how can a streaming stick like this, do better than the more expensive Ultra versions?  Does anybody have any answers to that?

In fact, when checking all the streaming channels I currently pay for (Netflix, Prime, Paramount +, and FOX Nation), the picture qualities have been massively improved (and I thought they were great previously with all of them except Paramount +).

So I'm a happy camper now.  If any of you are experiencing this, by all means get the 2021 version of the ROKU Streaming Stick 4K.  You will be pleasantly surprised.  Even the loading of the channels has been improved by 100%.

The only thing I don't particularly care for with this new remote that comes with the stick is that it has a built-in battery which you charge via a USB cable.  I wish it retained the AA battery option because if the remote gets low in power, you have to plug it in somewhere to recharge (which takes it out of commission while it's doing so).  Had it been powered by AA batteries (like previous versions), the change out would have been quickly done.

Oh well - not all is perfect. 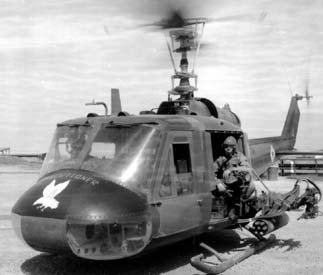 I've experienced all the washed out colors on certain titles with my Roku Ultra. I've contacted Paramount+ with detailed and succinct observations and information. I received a case number.     I'm still waiting for a reply. I will continue to follow this issue and relay any information I receive.

I am having this EXACT same issue using my Roku Ultra with the Paramount+ app. It (seems) to be only with Paramount+ originals, and the picture is extremely washed out. I thought I was going crazy, but I compared the picture using my 1080p laptop w/HDMI and the Roku Ultra on the same frame... the difference was very clear. I've included photos below to demonstrate the issue.

This issue makes the shows and movies unwatchable, and any help is appreciated ASAP. Thanks! 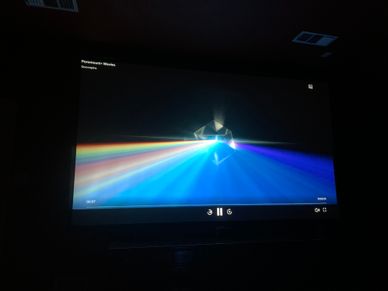 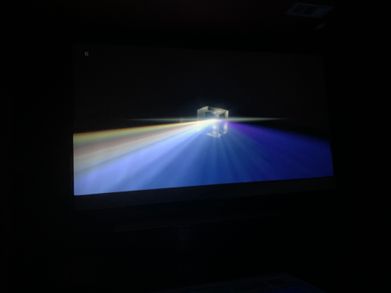 A suggestion for the gentleman who was underwhelmed by his new Roku (plug in to recharge) remote.

My old Roku Streaming Stick had a remote with a finicky button.  Some times it would respond to button presses and sometimes it wouldn't until I removed the battery, wiped the contacts and reinstalled the battery.  Eventually I was completely frustrated and went looking for an alternate remote.  That's when I found that the Google Play Store has a free Roku app for Android phones that is a full function Roku remote.  It works like a charm and now I can use my Samsung phone to control that Roku.

So if the gentleman finds the plug in Roku remote to be more trouble than it' worth, then he might consider this Android app (or if he is an Apple iPhone user, look for a comparable Apple app).

Same problem   But no one has a fix

Thank you for contacting Paramount+ and escalating this issue. First, we would like to apologize for the delay in our response. So we can better assist you, please help us troubleshoot by providing the requested information below:

1. Is this issue occurring with video on-demand programs or the live stream? If it's a video on-demand issue, please include the show name, episode number and season. Also, please let us know if this happens with one specific show, or multiple shows.
2. How long have you been experiencing this issue?
3. What is your internet connection? (Wifi/Ethernet/4G)
4. What device are you experiencing this issue on? Also, what is the device Operating System?
5. If you are experiencing this issue while streaming on a computer, please provide the browser and browser version (for example, Safari 11.1).
6. Are you receiving an error message or blank screen when streaming content?
7. Device ID: Please go to the Paramount+ app menu, select Settings > Support to locate Device ID.
8. Device Model & OS Version:

Thanks so much, and we look forward to helping you.

All the information they sent to me is useless and redundant. I had already sent all of this with a much more detailed information of the issues.

The reason I feel this is a P+ roku app issue is because it only happens with the more recent seasons of a show. If I go back a season or two depending on the show it looks fine.

I am seeing this behavior too and Roku do themselves no favors by not getting involved in getting it fixed. They should want to make sure that all the big content providers work on their platform or they will find users, like me, abandoning them for ones that work. Paramount+ works fine on every other streaming device I have. Watched it on my Chrome Cast last night after discovering the issue with my Streaming Stick and finding this thread. Wakeup Roku, ignoring stuff like this harms you, not us or Paramount.

Well here's the thing and it has me scratchin' my head...

On my system, the Paramount + streaming channel has washed out colors on all of my Roku boxes.  But the new 2021 Streaming Stick (4K) does not have this problem and all the colors and contrasts come through perfectly.  So what gives Roku?