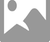 Subtitles for The World of Kanako

I want to watch The World of Kanako online here on The Roku Channel but it is in Japanese and there are no subtitles. So why even have the movie available when no one who tries to watch it will be able to understand it. Please add the English subtitles. I don't think this is too much to expect in 2020.

Thanks I'm watching it here https://tubitv.com/movies/363095/the_world_of_kanako

The lack of subtitles for a foreign language film are dependent upon a few factors. I recommend reading up on how subtitles are generated and implemented. It could have something to do with licensing by Roku. Sometimes subtitles have to be rendered as a separate file and then inserted into or overlaid on top of the film. It could just be that the version licensed by Roku Channel isn't the subtitled version.

If you're wanting to watch The World of Kanako without having to pay to watch it, you can stream it from Amazon. There is a free stream of the film that requires you to watch a few ads, then you can watch the film for free. I've seen the film and know that Amazon's version has the subtitles available.

Thanks I'm watching it here https://tubitv.com/movies/363095/the_world_of_kanako