My NBC news app started having lots of playback issues just a few weeks ago.  All the other channels play fine.  It’s just that one channel.  Also a news clip will start playing and then freeze or go grey.  Very odd anyone else having these issues?  Thanks

Have had my Roku for quite a few years, but suddenly several months ago I've had trouble with just one channel - NBC News which was provided by Roku when I bought their device.

When I select NBS News or select an MSNBC programs like Rachel Maddow or Morning Joe or anything related to NBC News, the program starts and then in a minute or two freezes and nothing I do will resume the show.  Any suggestions appreciated !!!

Furthermore I think Roku should have an agent available for a call or a chat session to resolve issues.  Looking at all their printed troubleshooting guides does not help with this problem.  In these tumultuous days and times, I DO WANT TO GET THE NEWS so Roku should get with it, otherwise I will be sorry to have to drop them for another provider.

Did you resolve the NBC news freezing issue?  If yes, how did you do it?  See my previous reply describing your problems as the the same one I'm having.  Hoping you can help!  We really need to have the news especially now, don't we!  If you have not fixed the problem and if I find the solution then I will let you know.  Cheers.

My Roku 3 constantly crashes when I'm using the NBC News app. It's awful. Reinstalling the channel doesn't help. Doing a factory reset of the Roku 3 didn't help. Buying and installing an SD card from Roku didn't help. At this point, there's nearly a 100% correlation between running that app and watching my Roku crash. It's very bothersome and there seems to be no fix for it.

What does work? For me, an Amazon Fire stick works. But, believe it or not, there are more commercials on Amazon's NBC News app, than on Roku's. So, what are you going to do?

In a previous reply, I wrote I'd encountered these same problems - frequently - using the Roku 3 (4200 series).

I can now report, within a few hours of use of a Roku Ultra (4800 series) (the so-called "Roku Ultra 2020") I experienced similar issues. I have not yet seen on the Ultra an instance where the entire screen goes gray but the audio continues. Or where the Roku crashes and restarts to recover. However, the Ultra has stopped, mid-stream, while in the NBC News app, and returned to the Home screen. And the stream has been interrupted, briefly, in midstream, displaying a black screen.

Again, I have not detected these issues using Amazon's NBC News app on several years old Amazon Fire Stick. But I realize those are different versions of the same app and so a comparison isn't really accurate.

It's hard not to conclude there's a problem in the construction of the NBC News app running on Roku devices. The problems I've experienced on the Roku 3 existed in prior builds of the application. I have several times rated the app poorly and I've taken to reporting the problems that occur, using the app's feedback option. At this point, however, I get the feeling I'm shouting into the wind. 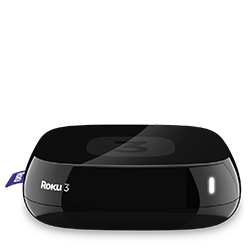 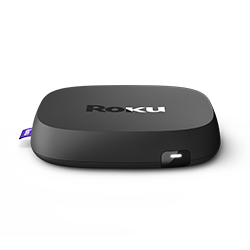 DOES ANYONE AT ROKU EVEN READ these posts???  Do they even care?  This same issue in the Roku community appears to be going on for at least a year (since early 2019) and also on Roku 3 and older but also on the Ultra!  It's ONLY on NBC, no other channels.  ROKU techs need to do something!  I will not buy an upgrade to Ultra unless ROKU resolves this issue!  ROKU ARE YOU LISTENING????

Thanks for trying to bring this to their attention. I created this post because I can’t reach anyone at Roku or NBC and like you said its been an ongoing problem for a lobg time. It crashes my roku whenever i play a news story.

Thanks for mentioning that. I also have been having the same problem really for months now.  I started this thread to try and get attention to the issue so someone could fix it but so far nothing has been done.  Does anyone know the right person to contact?

If removing the channel and adding it back after you've restarted the device does not resolve the channel issue, I'd recommend reaching out to the channel support directly to report the issue and request additional support. Many channels on the Roku platform are developed and maintained by the channel provider directly, and they'll be able to best assist. If other channels are working correctly, and you only experience this issue on that channel (app), that is likely an indication that the issue lies within that particular channel. In these cases, the channel provider will need to investigate the issue in order to help resolve it.