Re: Can not stream SPECTRUM TV via Roku!

Demsd, Roku removed the Spectrum app from available to download.  Roku TV is just a television with the Roku application.  If you want Spectrum, you can no longer download it.  It is no longer being updated either.  Roku and Roku TV are the same.

I am aware of that. I have two TCL TVs.

The OP was griping about Roku & Spectrum specifically. The OP's complaint had absolutely nothing to do with a Roku TV, yet they posted it here in the Roku TV Discussion forum. Just saying.

Does Spectrum support Roku?  I was told by a technician that they don't.

I have tried everything to get it back.

Obviously people have not paid attention to what I've posted about this, There is a dispute between Roku and Charter Communications, the owner of Spectrum:

Spectrum TV App Blackout on Roku: What's Happening and Why?

By Daniel Frankel 19 days ago 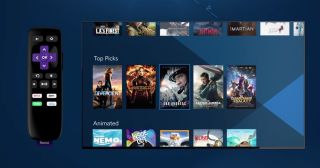 A contract impasse keeping Charter Communications pay TV subscribers from downloading the Spectrum TV app on Roku has moved into its fifth month.

Since mid-December, Roku users have been unable to download Charter Communications’ Spectrum TV app on their devices.

On Wednesday, a Charter rep told Next TV that there is no update to the impasse. (Roku reps have yet to respond to a new inquiry.)

The app, which lets Charter customers tap into their TV subscriptions on select OTT and mobile devices, is often used by Charter cable TV subscribers for secondary TVs within homes, in lieu of additional pricey leased set-tops.

Those who have already downloaded the Spectrum TV app have been able to continue using Spectrum TV service on Roku. It's unclear if those apps are still receiving updates.

A message on the landing page for Spectrum TV’s Roku app still reads, “Despite our best efforts to reach an agreement, Roku has not accepted Spectrum's offer to continue our contract that allowed customers to access the Spectrum TV app on Roku devices.”

It's hard to tell just how many of Charter's 16.2 million Spectrum TV customers use the Spectrum TV app.

Anecdotally, however, angst about the app not being available on the No. 1 OTT platform is surfacing in product review forums.

"Very disappointed! The only reason I chose the tcl smart TV was so I would be able to use my cable provider Spectrum's app on it," wrote one verified Amazon product reviewer in mid-December, posting about her purchase of a 50-inch Roku-powered TCL smart TV.

A Not So Trivial Dispute?

While many of the typical end-of-year “Blackout Season”-related contract disputes between content companies and pay TV operators that emerged in December have been settled, this somewhat novel iteration of the age-old distribution conflict  has quietly dragged on, and it doesn’t seem to have any end date.

Those delays were caused by complex negotiations that involved such factors as ad revenue sharing, and how those services were accessed by consumers—meaning, whether Roku users tapped into, say, HBO Max directly, or through disaggregation via Roku Channels.

Perhaps a more relevant historical precedent was Roku's banishment of the  AT&T TV app from its Channel Store from Jan. 1 through mid-May of last year. That was around the time when AT&T launched its IP-delivered linear pay TV service, AT&T TV. It was also around the time that the telecom's WarnerMedia division put SVOD service HBO Max on the launch pad.

In the case of the Spectrum TV app, it’s unclear as to what specifically the two sides are haggling about. A source with insight into the negotiations said the impasse has nothing to do with Charter’s cozier relationship with Apple. Notably, two years ago, Charter promoted its Spectrum TV service with Apple TV 4K giveaways, while also launching the Spectrum TV app on the platform.

It’s also unclear as to how much pressure Charter is under to have its app restored to the No. 1 connected TV device platform. Charter reported that it finished 2020 by adding 56,000 pay TV subscribers—an outlier performance, given the steep erosion of most linear pay TV platforms right now.

The Spectrum TV app is supported by iOS and Android, meaning it's usable on most mobile devices in the U.S. But outside of Apple TV, its only major connected TV device support comes from Samsung smart TVs and Xbox gaming consoles. So it's unclear as to how motivated at this point Charter is to enable its customers to tap into their pay TV experience through connected TV platforms.

Leasing secondary WorldBox set-tops generates revenue, of course, and having too many customers pass on the option cuts into average revenue per customer--which has been dropping of late the No. 2 U.S. cable operator. Its ARPU slipped 1.7% in the fourth quarter to $111.85.

There's also another possible factor to consider: Charter maybe wants to launch its own device platform, and it doesn't want to contribute to Roku taking over the business.

Charter Chairman and CEO Tom Rutledge said during the company's Q4 earnings call that the operator is considering the deployment of its own streaming device to its broadband-only customers. Notably, Charter had talks last year with Comcast about licensing its Xfinity Flex platform.

Certainly, for Comcast, there are advantages for having consumers access services like Peacock through Xfinity Flex, where data collection and advanced advertising can be far more controlled vs. a third-party platform like Roku.

Anyone siding with Roku is just plain wrong. Look at what just happened with YouTube TV that also has been removed. Not to mention the issues HBO Max and Peacock had. But everyone else is the bad guy but Roku

Re: Did Roku really geyept rid of the Spectrum app?

Re: Did Roku really get rid of the Spectrum app?

So the fact that Roku recently pulled the YouTubeTv app and took months to add the HBO Max and Peacock apps means nothing? Roku still the good guy? If your last 4 relationships all ended badly then it's a YOU problem.

Re: Spectrum TV app not found on onn Roku TV.

My Spectrum TV not working just now  5/9/2021 - spoke with Spectrum said the same regaqrding Roku not supporting.   I tried to call Roku but they have not customer service during the weekend.

Why can I not use spectrum app with any Roku now? I only have Roku an Spectrum as TV provider. I have no ability to watch on Roku.