Are your channels appearing zoomed during playback? Check here!

Jump to solution
Hello Roku Community members!
We are aware that a subset of users may be experiencing some channels appearing to be zoomed in during playback.
Please be aware that we are still investigating the root cause for why this happened.

We would first recommend trying removing the channel from the Roku home screen by navigating to the channel tile, pressing the * key on your remote and choosing 'Remove channel'. Then restart your device from Settings>System>System restart. Once your player starts up again, add the channel back once more.

If you're still running into an issue, and you weren't experiencing this before the latest update, please respond to this thread with the following information:
Once we have this information we will be able to pass it along to the appropriate Roku team to look further into.

Receive a solution from support that actually fixed this. Going on a week and have been good, no issues in any apps. Hope it works for someone else as well:

There was no software update, but something about this process fixed it. I had reinstalled apps multiple times, reset the entire box twice, swapped out cables, tried different ports, on and on and on. The above appears to have finally solved it on my soundbar.

I have a Roku Soundbar and its on Version 10.0 Build 4185 and just recently the NBC, Peacock,, Oxygen, SYFY Apps auto zoom in and you only get to see a small portion of the content.

My TLC Roku TV is still on 9.4.0 Build 4120 and it plays those stations correctly.  It's on auto update, but been watching TV using the soundbar, so the TV hasn't updated yet. I'm pretty sure if I ask it to update, it will have version 10.0 and have the same problem of scaling.

Tried restarting, powering down and plugging back in, the soundbar still has problems auto zooming those apps after 20 seconds to 3 minutes, making the show unwatchable.

Even deleted the NBC app and re-installed, same issue.

Anyway to correct this?

We would be more than happy to look further into this issue for you. Can you please provide us the following information:
-Roku device number
-serial number
-device ID
-software OS/version
(these can all be found in Settings > System > About)

well darn, no photos display, I don't understand why 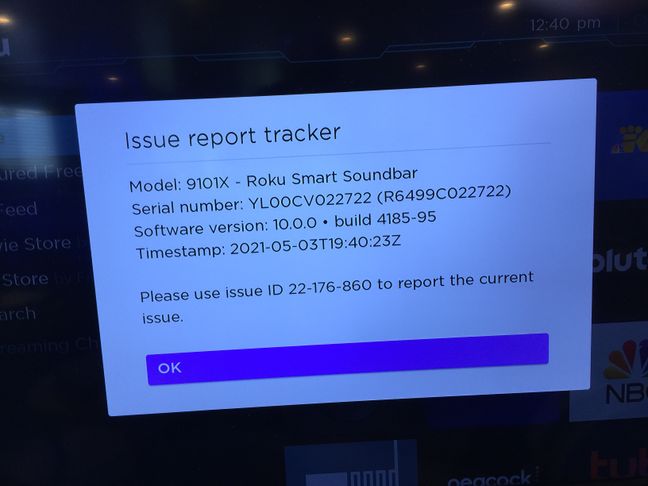 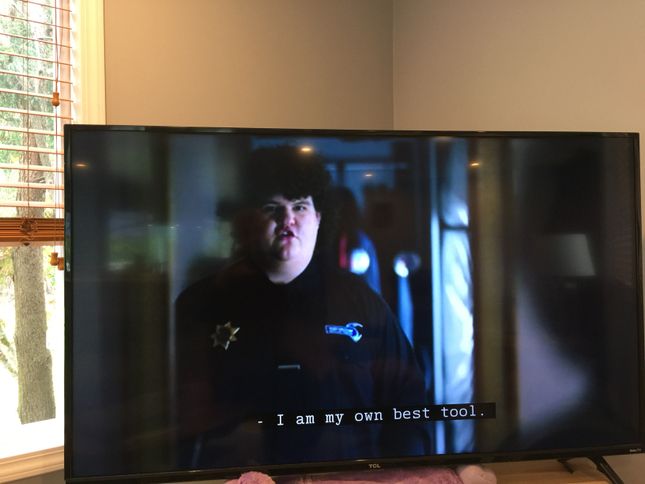 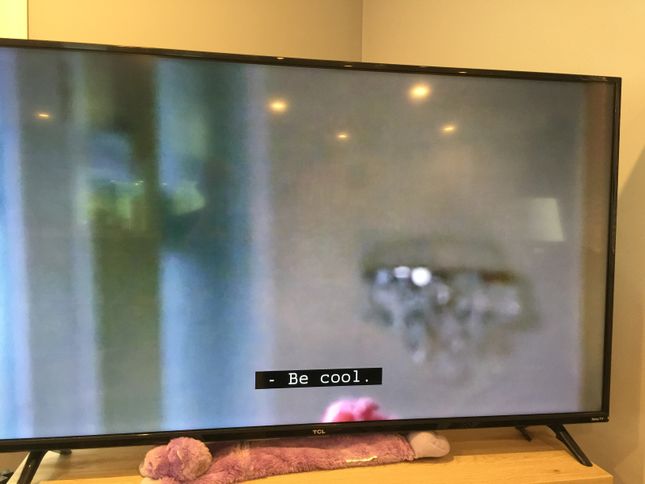 About 30 seconds into reply

Zoom issue occurs when streaming NBC app. First commercial and maybe 30 seconds or so of program are OK then comes zoom. The same show will stream from Chromebook OK via HDMI cable. I did remove and re-install NBC app but it didn't help.

App has been removed and then reinstalled.

Looks fuzzy but plays okay for 30 seconds, then tried to adjust clarity but instead zooms in so can't see anything. Removal & reboot did not work.

this is really annoying.