Re: A&E and History crashing again

Yep...same here. What player are you using? I'm wondering if it's something affecting older models.

If you've removed the channel, restarted your device, and then added back the channel isn't resolving your issue, we recommend reaching out to A&E directly to report the issue and request additional support. Many channels on the Roku platform are developed and maintained by the channel provider directly, and they'll be able to best assist. If other channels are working correctly, and you only experience this issue on the A&E channel (app), that is likely an indication that the issue lies within that particular channel. In these cases, the channel provider will need to investigate the issue in order to help resolve it.

You can reach them here: https://aetn.zendesk.com/hc/en-us

I'm also having issues with  both the A&E and History apps on my Roku 2 (4210 series) . In my case, the app will load, but when I try to play almost anything, the app crashes back to the home screen. I have removed/reinstalled both apps, but it didn't help.

I have opened a support ticket with A&E, but haven't heard much from them yet. 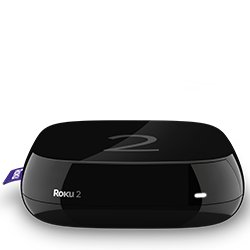 Thanks for letting us know about the issue you're running into. I've gone ahead and sent over your reports to the channel provider to request that they investigate further.

Please continue to follow up with A&E support directly for further updates and any other questions.

Re: A&E and History crashing again

I have 2 roku’s. I just tried using my new one and it made me re input my code to watch the history app and it worked! So it seems the app is not working on the older models.
Model it did not work on- roku express
Model it did work on- 4K streaming stick

Thanks for the follow-up Tanner. I have a suspicion that this current issue is affecting older Roku models, but I have no way to confirm that.

I cannot get the A&E app to play any episodes of any shows. The app itself will load to the screen where you pick your show, then episode, but as soon as you press play, the loading icon will spin once then send you right back to the dashboard. I have been using 2 different roku to try this app, but on the same tv. I’ve had this issues with this app off and on for months now, it will start working randomly and work ok for a few hours or a day at the most then revert back. Sometimes I can get as far as to get a episode to play for about 1 minute, then dashboard again. I’ve been having this problem consistently for the past week where nothing will play. All other apps on both roku play fine with no issues, it’s just the A&E app. However, the app will play in a separate room of the same house on another roku (same internet connection) with no issues. I’ve tried resetting, restarting, unplugging, repligging, deleting and re adding channel, roku and the more times than I can count. Makes no difference.  I’m stumped.

Have you tried removing and reinstalling the A&E channel?

2. Restart your Roku. DON'T SKIP THIS STEP, as it assures all vestiges of the channel are removed from the Roku.

Yup. Done that over 10x. Also completely unplugged the tv and roku, after deleting the app, then plugged them all back in, added the app back, tried again, same results. I got 1 full episode in last night and playing with it for over 2 hours, then it went right back to the same **bleep**. I can watch it on my phone from A&Es website no problem, can watch it on tubi with no problem. It’s gotta be something with the app.